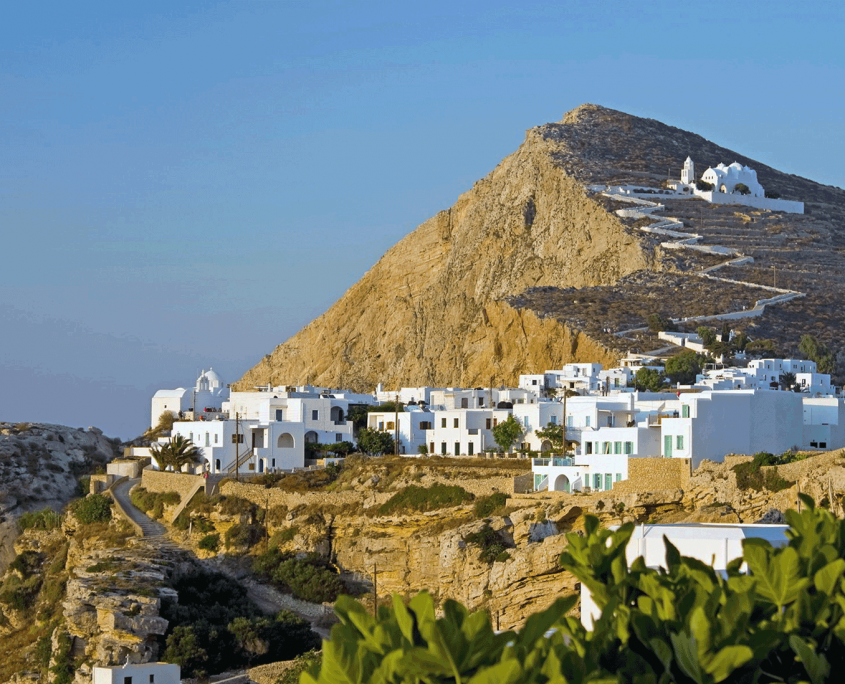 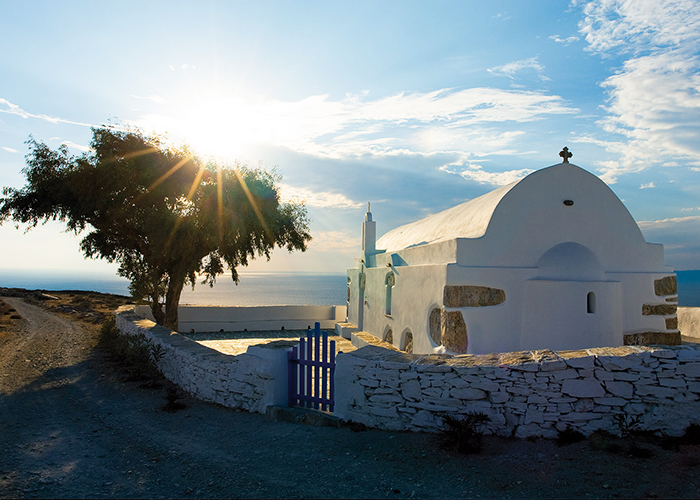 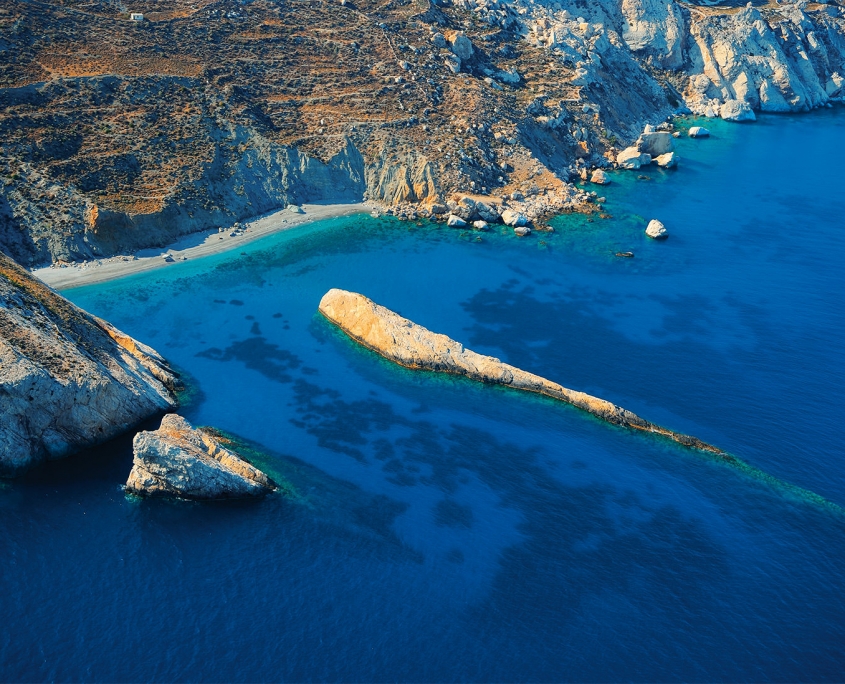 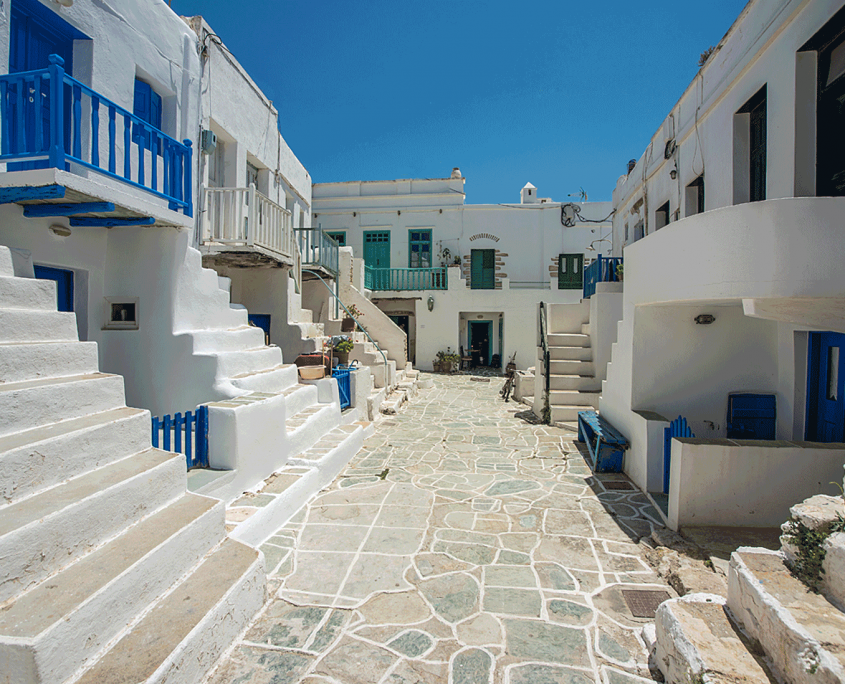 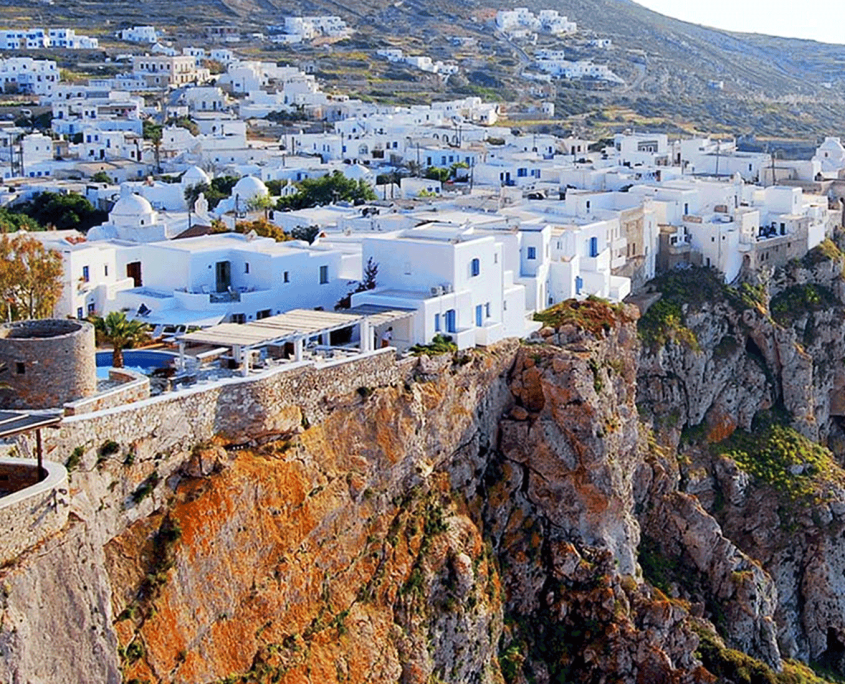 One of the most impressive islands of the Cyclades, which in its small extent manages to combine uniquely the wild beauty of the Aegean with a sense of cosmopolitanism that is diffused in the Country of the island.

It is located in the western Cyclades, southeast of Milos and is famous for its beautiful Chora, a natural balcony in the Aegean with picturesque streets where you can find a variety of dining and entertainment options.

In the southern part is the port of Karavostassis and a number of beaches that extend across the southern side of the island. Leaving Karavostassi and after Chora, on the way to Ano Meria, we meet the junction for Agali, the most cosmopolitan beach on the island from which we can reach the unique bays of Galífos and Agios Nikolaos. In the northern part and after the village of Ano Meria, we reach isolated beaches, most notably Agios Georgios.

During the summer months, Folegandros is connected daily with the port of Piraeus with high-speed boats as well as with the surrounding islands, both by high-speed and conventional ships. There is daily connection with the island of Santorini that has an airport with direct flights to central European cities as well as cosmopolitan Mykonos.