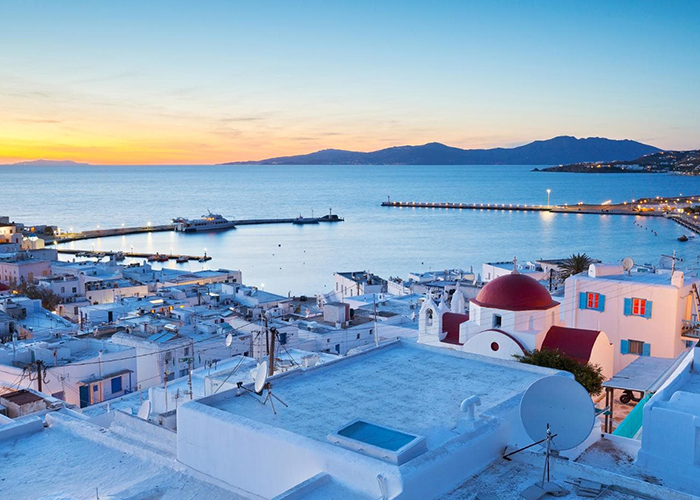 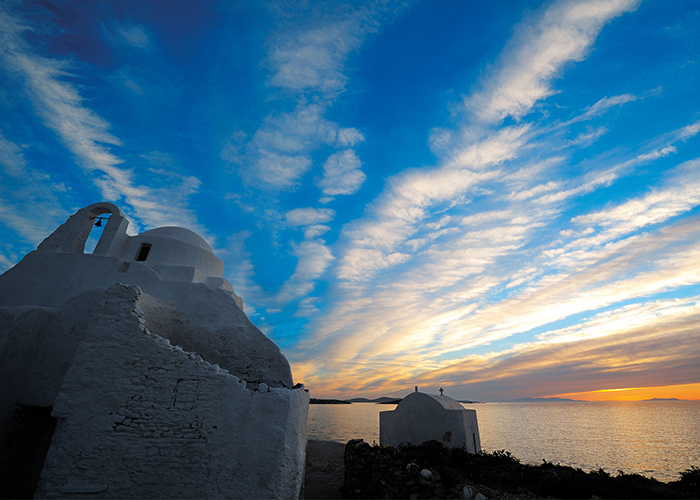 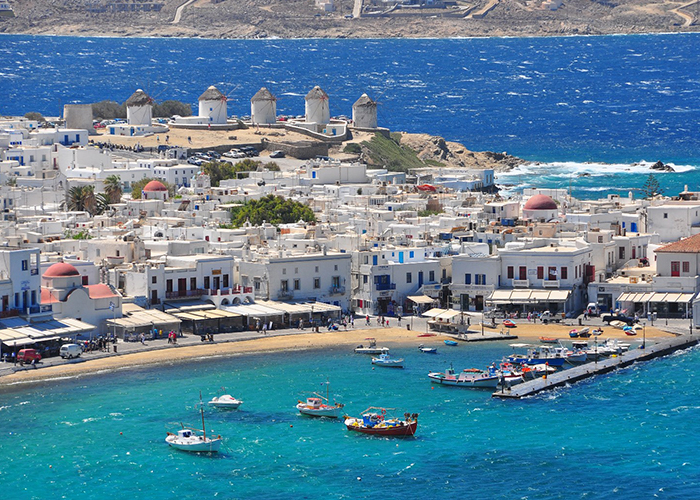 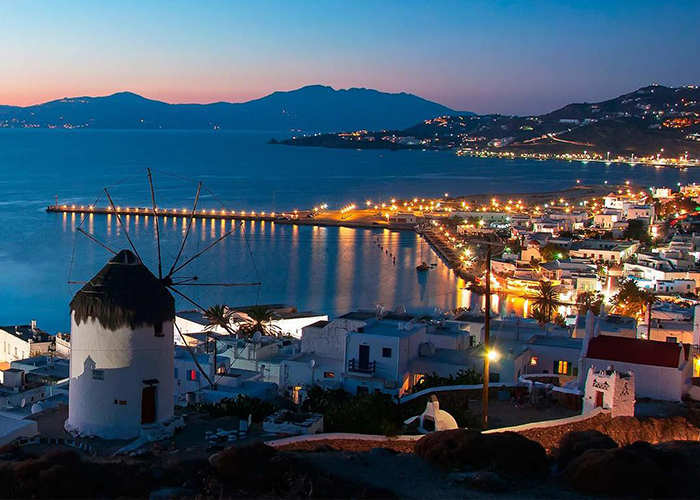 The island of the winds. A unique destination all over the world and definitely the most cosmopolitan island of the Cyclades. It is the island that is famous for its intense fun rhythms and for the large number of beautiful beaches connected by an extensive road network.

The Country of the island has a unique aesthetics and atmosphere. It is the heart of entertainment in the Cyclades and a walk on the paved streets crossing it from side to side confirms it immediately. The dining and entertainment venues cover all tastes and the city market compares only to those of the major cities of Greece.

Hotel facilities and rooms to let are scattered throughout the island, both alongside the sea and the hinterland. The variety and the number of accommodation is sufficient to satisfy every budget, but also the special preference of every visitor.

The most cosmopolitan and famous beaches are located on the south side of the island and leading down the road from Chora to the south, the first to be found is Ornos in the homonymous bay. To the west of Ornos there is Agios Ioannis and the small beaches that extend after it (Caparis et al.). The next bay to the east is Psarou, with its famous and most cosmic beach. A separate road starts from Chora to reach here, which continues and ends at Platis Yialos. The next road line, which starts from the road that connects Chora to the airport, leads us to Agia Anna, Paraga and Kalamopodi bay, to Paradise beach. Exhausting the way to the airport, we continue on the Stratri Bay, the well-known Super Paradise. The second largest settlement on the island is Ano Mera, after which we have the choice of going to Elia or descending to the bay of Kalo Livadi where the beach is located. From there we meet Agia Anna, Kalafatis and finally Lia. In the northern part of the island, the Ormos of Panormos is the place where the homonymous beach and the famous bay of Ftelia are located. If we head northwards from the Chora of the island and cross the New Port to Tourlos, we will meet Agios Stefanos and Ormos Houlakia, a beach with characteristic pebbles.

Despite its reputation as a cosmopolitan place and cradle of frantic entertainment in the Aegean Sea, Mykonos is a special beauty island with unique and distinct beaches that are hardly found in the rest of the Cyclades. Most of them have sun loungers, umbrellas and a variety of other amenities, as well as places for dining and entertainment literally on or near the wave. At the same time, however, there are unexplored and pure places on the island, with relatively isolated beaches and untouched scenery that deserve a tour to discover. They are mainly located in the northern and eastern part of the island and, for example, beaches will include Fokos, Agios Sostis, Fragia, Tigani, Mersini.
The island has two harbors, one in Chora and one close to it, which are connected daily with regular ferries to Rafina and Piraeus by high speed and conventional boats. There is also a connection with the nearby islands and with Delos, for which daily boats depart from Chora. The airport serves flights to Athens and Thessaloniki but also to a multitude of European cities during the summer months.